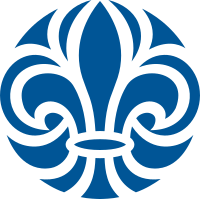 Svenska Scoutrådet (SSR) (in English: The Swedish Guide and Scout Council) is the national Scouting and Guiding federation of Sweden.

Today the Svenska Scoutrådet has more than 100,000 members of both sexes. The majority of the country's Scout sections are co-educational; only a few remains Boy Scouts/Girl Scouts only.

The members of the Swedish scouting federation are:

Swedish Scouting has close relations to the Swedish Royal Family: King Carl XVI Gustaf of Sweden is the most prominent member of the Svenska Scoutrådet, and his children are members of the movement as well.

Retrieved from "http://en.scoutwiki.org/index.php?title=Svenska_Scoutrådet&oldid=38427"
Categories:
Cookies help us deliver our services. By using our services, you agree to our use of cookies.