The Scout Association of Malta 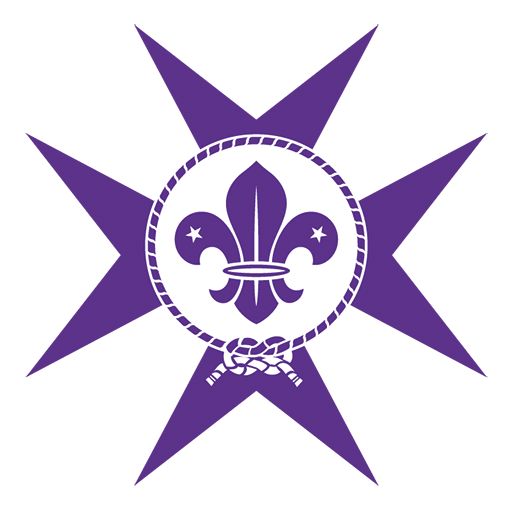 Membership badge of The Scout Association of Malta

The Scout Association of Malta was created as an organisation in 1913, and was responsible for supervising Scouting activities on the island. However, it continued to remain a part of the United Kingdom's association as a member of the British Empire until 1966. As of December, 2001, there were approximately 2,500 members on the island.[1]

The Scout Motto is Kun Lest, translating as Be Prepared in Maltese.

Scouting appeared on the island of Malta very soon after the famous camp on Brownsea Island was conducted by Robert Baden-Powell in August 1907. The 1st Sliema Scout Troop applied for recognition on the 9th of November, 1908, and this was received a year later, making it the first overseas Scout Troop of the Boy Scout Association of the United Kingdom and British Empire. At this time there were 338 Boy Scouts and 3 Scoutmasters listed as members of the Malta Boy Scouts Association. [2]

The association was formerly registered as an Overseas Branch of The Boy Scouts Association on the 15th of September, 1913.

The First World War had a significant impact on Scouting on Malta, since most of the Scoutmasters were also servicemen and were ordered to the front in Europe. Many of the Scouts also volunteered for duties as interpreters, coast watchers and messengers, as well as to serve in hospitals and other support establishments. By the end of 1915, there were 84 Scouts on war duty from the island, and only 105 Scouts and leaders on Malta. However, as the latter half of the war progressed, membership rose sharply, and the association's general meeting on the 30th November, 1917, reported 1,200 members with 28 Scout Troops on the island.

The Second World War saw similar service from the Maltese Scouts, as they supported the Allied forces throughout the aerial siege of 1940 to 1943. This resulted in the association and its members receiving a collective award of the Bronze Cross, "in recognition of their courage and devotion to duty in the face of continuous enemy action in the war for freedom".

The island of Malta became an independent state in 1964. In October of 1966, It was decided at an extraordinary general meeting of the Malta Boy Scouts Association that it should remove itself from The Scout Association of the United Kingdom and seek direct membership of the World Scout Conference. The association was recognised as an independent organisation in December of 1966, with Lady Olave Baden-Powell, acting as the Vice-President of the World Bureau, presenting the certificate to the Chief Scout of Malta.

The Scout Association of Malta is currently divided into 4 Scout Districts, and a total of 40 Scout Groups, with 2,500 members as of December, 2001. The island of Malta itself comprises three of the Districts, with the fourth being the neighbouring island of Gozo which currently has one of the Groups.

There is a Chief Scout and an Island Headquarters of around 15 leaders and administrators.

The Scout programme is divided into sections based on age groups, with Cub Scouts, Scouts, Venture Scouts and Rover Scouts.

As well as its claim to having the first official overseas Scouting organisation, Malta has other connections to founder of Scouting. Robert Baden-Powell's uncle, Henry Augustus Smyth, was governor-general of the island in 1890-1893. Baden-Powell himself served as Assistant Military Secretary for his uncle, and also as Intelligence Officer for the Mediterranean.

Baden-Powell would return many times to the island, including as part of his honeymoon with Lady Olave, and maintained a fondness for the island and the Maltese Scouters. Shortly before his death in 1940, Baden-Powell wrote in a final letter to the island's Scouts:

to congratulate my old friends, the Maltese on the plucky way they have stood up to the infernal bombing of the Italians ... They have the spirit of fearlessness and patience which enables them to face danger with a smile to stick it out to the triumphant finish ...[3]

Retrieved from "http://en.scoutwiki.org/index.php?title=The_Scout_Association_of_Malta&oldid=49740"
Categories:
Cookies help us deliver our services. By using our services, you agree to our use of cookies.