National Association of Girl Guides and Girl Scouts of Armenia 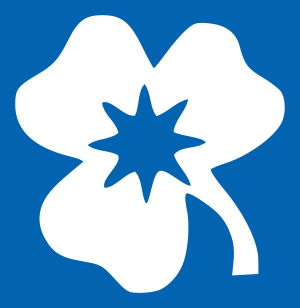 The earlier variant of the membership badge of ASTGIK was square instead of the present eight-point star shape (۞), an allusion to the organization name.

The first Guide patrols in Armenia were founded in 1988 as part of a coeducational Scouting organization. In 1996, the girls left this organization and founded ASTGIK, a girls-only association. First contact with WAGGGS was established in 1997, and in 1999, the association received the status WAGGGS Certificate of Country Working Towards Membership. Meanwhile, ASTGIK was authorized by the Armenian Ministry of Justice in December 1998. In 2002, the association became an associate member of WAGGGS.

The aim of the association is "to support the development of the spiritual, intellectual, physical and social potential of girls and young women as individuals and as responsible citizens of their country in (an) always changing world."[2]

ASTGIK has formulated nine main focuses of its program:

Retrieved from "http://en.scoutwiki.org/index.php?title=National_Association_of_Girl_Guides_and_Girl_Scouts_of_Armenia&oldid=31488"
Categories:
Cookies help us deliver our services. By using our services, you agree to our use of cookies.