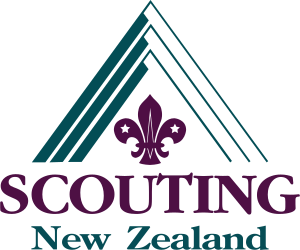 Scouting New Zealand was introduced to New Zealand in 1908 and the island nation became a member of the World Organization of the Scout Movement in 1953. It has 16,847 Scouts (as of 2004)

There is a strong emphasis on conservation of natural resources. Scouts frequently help in natural disasters such as sand bagging rivers during flooding.

History of scouting in New Zealand

Scouting in New Zealand began in 1908 and spread rapidly throughout the country. In 1909, the first Sea Scouting units were founded followed by Cub Scouts in 1916 and the Rover section in 1918.

In 1963, the Venturer Scout section was introduced.

In 1979, Mr. Arthur W.V. Reeve was awarded the Bronze Wolf, the only distinction of the World Organization of the Scout Movement, awarded by the World Scout Committee for exceptional services to world Scouting.

All sections are coeducational.

Scouting New Zealand has similar Scouting sections as the Scout Association in the United Kingdom, although the names are slightly different: Beavers are called Keas, Venturers in place of Explorers, and Rovers in place of the Scout Network.

I will try to share my fun and help others.

I promise to do my best
To do my duty to my God, to the Queen and my country,
To help other people and to live by the Cub Law

The Scout Motto is Be Prepared.

The Scout Oath is:

On my honour I promise to do my best,
To do my duty to my God, to the Queen and my country,
To help other people and to live by the Scout Law.

There have been 17 Jamborees in New Zealand. The first New Zealand jamboree, the New Zealand Exhibition Jamboree, was held in Dunedin in 1926. The 18th New Zealand Jamboree will be held in Christchurch from 28 January 2007 to 5 January 2008.[1]

Non-sovereign territories with Scouting run by Scouting New Zealand include:

Retrieved from "http://en.scoutwiki.org/index.php?title=Scouting_New_Zealand&oldid=49698"
Categories:
Cookies help us deliver our services. By using our services, you agree to our use of cookies.