The overhand knot is a type of knot. It is one of the most fundamental knots and forms the basis of many others including the Simple noose, overhand loop, angler's loop, and fisherman's knot. The overhand knot is very secure, to the point of jamming badly. It should be used if the knot is intended to be permanent (in fact, it is often used to prevent the end of a rope from unravelling). 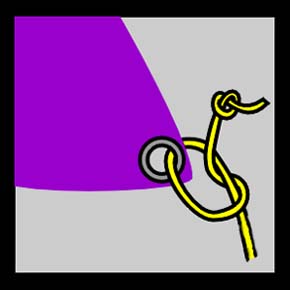 The use of two overhand knots, one used as a stopper.

There are a number of ways to tie the Overhand knot.

The equivalent in knot theory is called the trefoil knot

Retrieved from "http://en.scoutwiki.org/index.php?title=Overhand_knot&oldid=49760"
Categories:
Cookies help us deliver our services. By using our services, you agree to our use of cookies.