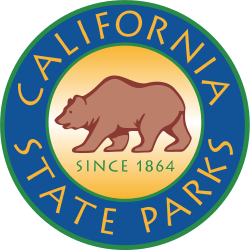 California State Parks are managed by California Department of Parks and Recreation (CDPR). The system administers 280 separate park units on 1.4 million acres , with over 280 miles of coastline; 625 miles of lake and river frontage; nearly 15,000 campsites; and 3,000 miles (4,800 km) of hiking, biking, and equestrian trails. Headquartered in Sacramento, park administration is divided into 25 districts in California. The California State Parks system is the largest state park system in the United States.

For more details on this topic, see California State Parks.

Retrieved from "http://en.scoutwiki.org/index.php?title=California_State_Parks&oldid=48957"
Categories:
Cookies help us deliver our services. By using our services, you agree to our use of cookies.