The Centre, which is based near Oxford, is open to Scouts from around the world, and offers many activities as well as camping and accommodation in huts.

The site was first used as a meeting place and camping field in 1913 when the site owner, Sir Arthur Evans, had a cabin built for a local Scout Patrol. This building was demolished in the 1980s, but many other of the original buildings still stand.

Since then, the site has been developed and expanded to accommodate large gatherings of Scouts, offering activities such as swimming, archery, shooting, climbing, and more. 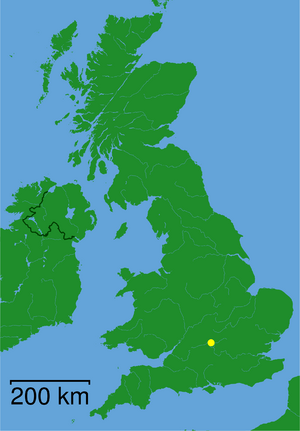 Youlbury is situated in a wooded area just north of Boars Hill, about 5 miles west of Oxford.

Youlbury has a large number of fields and sites spread around the woodland.

Each camping area has designated fire circles, and have shared toilet and washing facilities.

There are a number of buildings with varying facilities available on the site. This provides for the younger sections who require alternative indoor accommodation when camping, and also for training purposes.

The site offers a number of activities on or near site, all properly supervised:

There is also the CuriOXity Science Centre in Oxford, and a rural farm museum nearby.

The site is overseen by a Chief Warden, who manages a small permanent staff who maintain the site and supervise the various activities.

Over the summer months, as the site is much busier, volunteers are recruited from nearby Scout Groups. There are opportunities for international members of Scouting to volunteer as staff. The minimum term is two weeks, and are in the months of June, July and August, with at least one day off a week (although, the other six days are not always full).

However, staff members must met the following requirements:

Retrieved from "http://en.scoutwiki.org/index.php?title=Youlbury_Scout_Activity_Centre&oldid=31360"
Categories:
Cookies help us deliver our services. By using our services, you agree to our use of cookies.