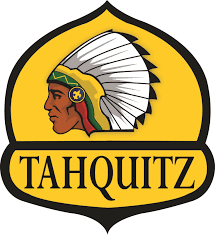 The Tribe of Tahquitz is one of a few local Boy Scout honor societies in the United States that have not been absorbed by the Order of the Arrow. The organization was created in 1925 and consisted of 15 honor Scouts who were chosen to start and maintain a perpetual volunteer summer camp staff at Camp Tahquitz.

To keep active during the winter months, the tribe has developed an extensive Indian Lore, backpacking and service program. These programs benefit the Long Beach Area Council and surrounding community and give the tribesmen unique youth leadership experience.

The tribe is particularly known for the Indian lore ceremonies that its members perform throughout the year at Scouting and civic group meetings. A great sense of dedication and many traditions has been developed throughout the 80-plus year history of the organization. The tribe exists only in the Long Beach Area Council, but has many "out of council" members, from California to New York, and beyond.

Retrieved from "http://en.scoutwiki.org/index.php?title=Tribe_of_Tahquitz&oldid=46072"
Categories:
Cookies help us deliver our services. By using our services, you agree to our use of cookies.