The Scout Association of the Cayman Islands 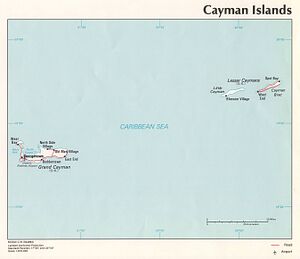 Scouting has existed in the Cayman Islands since the early 1920s. There has been rapid growth since 1990, mainly due to a full time Scouting Executive, improved public image and more Scouters including expatriates becoming involved. There has been a move to bring Scouting to all communities and islands.

Although the program activities are taken from the British system, Cayman Scouting is geared to the Caribbean way of life. Training for Wood Badge and leader training are conducted with the help of British and nearby Caribbean Scout associations.

Cayman Scouts participate in numerous Caribbean camps and events, and Scouts from the Cayman Islands participated in the 1998 World Jamboree in Chile.

Retrieved from "http://en.scoutwiki.org/index.php?title=The_Scout_Association_of_the_Cayman_Islands&oldid=33874"
Categories:
Cookies help us deliver our services. By using our services, you agree to our use of cookies.