Scouting and Guiding in the Turks and Caicos Islands

Scouting and Guiding in the Turks and Caicos Islands exist as branches of the parent organisations in the United Kingdom.

The Scout Association of the Turks and Caicos 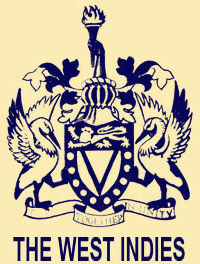 An earlier Scout emblem incorporates elements of the coat of arms of the Federation of the West Indies.

Although the program activities are taken from the British system, Turks and Caicos Scouting is geared to the local way of life. Training for Wood Badge and leader training are conducted with the help of British and nearby affiliated Scout associations. Turks and Caicos Scouts participate in numerous camps and events.

The program is a modified form of Guiding in the United Kingdom, adapted to suit local conditions, with the same promise, and Rainbow, Brownie, Guide and Ranger groups.

Retrieved from "http://en.scoutwiki.org/index.php?title=Scouting_and_Guiding_in_the_Turks_and_Caicos_Islands&oldid=30629"
Categories:
Cookies help us deliver our services. By using our services, you agree to our use of cookies.