Maliyadeva Scout Group is one of the oldest and leading scout groups in Sri Lanka. It was started in the year 1922 as the 3rd scout group in Kurunegala District. The school buildings and the land were taken over by the Army in 1942 due to ongoing the World War II and all sports and extracurricular activities were interrupted. Maliyadeva Scout Group was then re established in 1960 and it was registered in Sri Lanka Scout Association.

In 1992 Scouting Activities were suddenly stopped and again restarted in 1995. This new start created a new chapter in the history book for the Maliyadeva Scout Group.

Maliyadeva Scout Group annually organize a exploratory competition named "Sampath Ranawake Memorial Challenge Trophy" (SRMCT) and it is the most famous and largest orienteering HIKE competition in Sri Lanka. Annually SRMCT has more than 1,000 Scouts, Girl Scouts and Guides participation from All Parts of the Country. It is recognized as a National Level Scouting Event by Sri Lanka Scout Association and Ministry of Education, Sri Lanka since 2006. 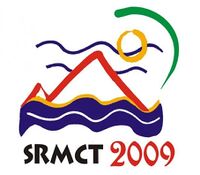 In the past couple of occasions at the closing ceremony of SRMCT, Sri Lanka Scout Association has requested from Maliyadeva Scout Group to organize SRMCT as a International Hiking competition. But it was not fulfilled up to now.

In 2014 "Sampath Ranawake Memorial Challenge Trophy" theme song was introduced with the support of two Sri Lankan artists (BNS). As a fund raising campaign for SRMCT, Maliyadeva Scouts annually organize a Drama Programme with the support from well-known professional artists in the country. 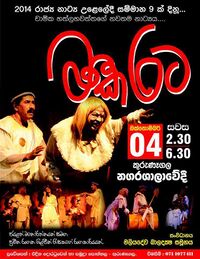 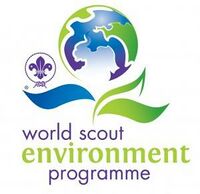 Inauguration Ceremony of Phase One of "10,000 Trees" Environment Conservation Program Organized by Maliyadeva Rover Crew of Maliyadeva College, Kurunegala was held on 3rd December, 2015 at Deduru Oya Reservoir Dam with the participation of 700 Scouts, Rover Scouts and Girl Guides.

Programme started with a soft opening ceremony at 9.30 am under the patronage of Deputy Minister of Telecommunication and Digital Infrastructure, proud old boy of Maliyadeva College Hon. Tharanath Basnayake. Chief Scout Commissioner Emeritus Prof. Nimal De Silva and Former Minister of Sports and Wildlife Hon. Bandula Basnayake were also made their Honourable Presence to add a meaning and great importance for this significant programme related with World Scout Environment Programme and Messengers of Peace.

World Scout Environment Programme is designed to create an awareness of personal responsibility for the environment. "10,000 Trees" Programme is based on the principles and aims for environment education in Scouting.

At the first stage 1,000 trees of Kumbuk (Terminalia Arjuna) and Mee (Madhuca Longifolia) were planted to initiate this worthy matter for Green World. The Project is carried out in 4 stages and completion of the project is proposed to implement on 3rd December, 2018. In the meantime there will be proper arrangements to observe, maintain and conserve the plants and its growth.

Deduru Oya Reservoir is located in Kurunegala District. It will serve the lands in dry and intermediate zones of Kurunegala and Puttalam Districts, where the people are frequently suffering from water scarcity. Benefits from the Project will uplift the bio-diversity values and natural condition of Deduru Oya Reservoir and surrounding of the Deduru Oya Reservoir, home to a number of endemic species of animals and they will be the one of main beneficiaries of this Project. The planting will be completed in a 3 year period and during these seasons hopefully the area receives more rainfall, ensuring the trees growth and survival. 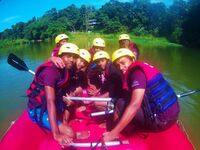 MOSA and Maliyadeva Scouts annually organize a "BP Day Program" or a 3 day "Friendship Camp" with the participation of Scouts, Girl Scouts and Guides in the District. The main objective is creating friendship among neighboring schools and learn about Scouting.

In the past, couple of occasions, Maliyadeva Scouts climbed the Himalaya Mountains.

Some of the International Events participated:

MOSA annually organize a "BP Day Program" or a 3 day "Friendship Camp" with the participation of Scouts, Girl Scouts and Guides in the District. The main objective is creating friendship among neighboring schools and learn about Scouting.

Maliyadeva Collage Back to School Program

But later in 2017, Maliyayadeva Scout Group shown interest in Acquisition of a 5 Acre Land with Buildings in Sri Lanka.

As a religious activity annually Maliyadeva Scouts will organize "Pirith Pinkama" at the College Scout Room. 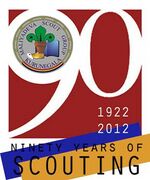 For the participants of SRMCT, Maliyadeva Scout Group will select and offer National Level Certificates endorse by Chief Scout Commissioner of Sri Lanka Scout Association to:

SRMCT Certificate is among one of the three National Level Certificates available for Scouting in Sri Lanka.