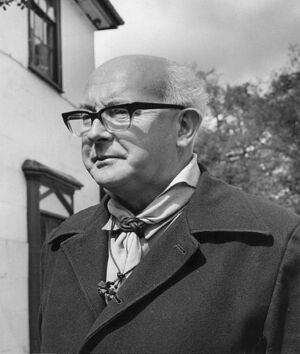 In 1962 Thurman conducted the only Wood Badge course ever in Burma.[8]

John Thurman wrote a number of instructional Scouting books, notably on the subject of Scout pioneering. They were written in an amusing style, and are credited with increasing the popularity and scope of pioneering within the Scout Movement in the post World War II period.[9] Many of his other books were co-authored with his friend Rex Hazelwood, who was editor of The Scout (magazine) and The Scouter magazines.

This article is a stub. You can help ScoutWiki by expanding it.
Retrieved from "http://en.scoutwiki.org/index.php?title=John_Thurman&oldid=39230"
Categories: