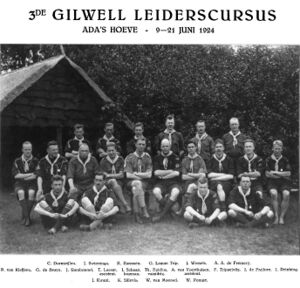 The "Rambonnethuis", a model for an ideal group home, that stood from 28 August 1948 to 19 March 1993 at the national Scouting campsite Gilwell Ada's Hoeve in Ommen, was named after Rambonnet. There are also several Scout Groups after him.

Retrieved from "http://en.scoutwiki.org/index.php?title=Jean_Jacques_Rambonnet&oldid=49936"
Categories:
Cookies help us deliver our services. By using our services, you agree to our use of cookies.