Oreland Boy Scout Troop #1 (also known as Troop 88) is the only Boy Scout troop that serves the community of Oreland, Pennsylvania. The troop is sponsored by Christ Lutheran Church and operates Hawk Mountain Camp near New Ringgold, Pennsylvania. It is one of the oldest troops in the Philadelphia area to continuously operate and serve youth and to operate a fully functional camp. 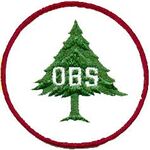 Oreland Troop #1 was formed in March 1917 and originally chartered by "The Citizens of Oreland" and led by Reverend N.B. Groton and Raymond H. Krecker as Scoutmaster. The troop joined the Delaware and Montgomery Counties Council (later known as the Valley Forge Council) and the next year began camping at Camp Delmont. The troop first met at the East Oreland School on Twining Road. During World War I, the troop sold Liberty bonds and participated in many community activities.

In 1924, Charles Zoll became the first Eagle Scout in the troop. The troop also built and maintained a community swimming pond along the banks of the Sandy Run, and moved its meeting place to the West Oreland School on Plymouth Road. The troop kept up nearly monthly activties during this time and went camping at Haycock Mountain, Wellsboro, Pennsylvania, and Hawk Mountain.

The troop closed the Sandy Run swimming hole and constructed a new one at Franklin's Apple Orchard in Dresher. In 1936, Henry "Hank" Jones Jr. became Scoutmaster, a position he would hold (on and off) for the next 50 years. During World War II, the troop held paper and metal drives, refurbished and distributed toys for Christmas, and sold war bonds. In 1947, the troop became chartered by Christ Lutheran Church on Pennsylvania Avenue and have remained sponsored by them to this day.

After the war, Oreland and the surrounding communities became increasingly developed. Oreland Troop #2 was started at St. Phillip in the Field Church on Oreland Mill Road. Both troops saw a tremendous rise in attendance as Oreland became a more populous community. In 1954, the troop started to hold an annual banquet, Scout Sunday, started a marching band, and began selling Christmas trees along with Troop #2. The spruce tree depicted in the troop's patch was derived from the annual sale of these trees by the troops. [1]

In 1967, scouts from Troop 2 while visiting a Canadian scout camp, met a group of scouts from the Toronto area. They decided to setup a program where area US troops would visit Canada and vice versa, every four years. The first exchange happening with US scouts hosting Canadian scouts at Militia Hill, Pennsylvania in April, 1967. [2] This program would eventually be SCOPE / OLYMPIA, a US / Canadian scout exchange program that brings together over 800 scouts and scouters for an "extended weekend of fun and friendship".[3]

In 1961, the troop purchased the land that would become Hawk Mountain Camp. The camp was ment to serve a facility to develop strong leaders and to maintain the rustic "feel" that many Council Camps have lost. The troop spent numerous days and months planning, developing, and maintaining the camp. These efforts continue to this day. Many of the troop's camping trips utilize the camp and for a short while, almost entirely consumed the troop's yearly activities. The troop holds its annual Summer Camp every August and its annual Winter Camp in January.[4]

The troop's membership dwindled to a total of 16 scouts by 1985. Only four adults leaders were also registered. These numbers were down from a high of over 60 scouts and 12 adult leaders in 1959. Since 1987, the troop's numbers have grown steadily and its adult leadership has increased dramatically in the past 10 years. With an increasing number of Scouts, an increasing variety of trips have also been offered. The troop has gone on numerous backpacking, canoe, rock climbing, and high adventure trips. The troop is active in both council and district events as well as strong representation in Unami Lodge 1 of the Order of the Arrow.

The troop has actively and continuously served the communities of Oreland, Flourtown, and Fort Washington.[5]

Retrieved from "http://en.scoutwiki.org/index.php?title=Groups:Oreland_Boy_Scout_Troop_1&oldid=21166"
Categories:
Cookies help us deliver our services. By using our services, you agree to our use of cookies.