9th/16th Cape Town is a small, but steadily growing Scout Group in the Cape Western region, South Africa. Our troop is a mixed gender troop, consisting of three patrols of about 8 scouts each. We have a great group of adult Scouters, who are always keen to set up the best program for the scouts, all year round.

7th Cape Town started in 1913 off Rheede St in a warehouse and moved to the Homestead barn in 1957/8. 7th had their 50th anniversary in 1963 and a picture of BP hangs on the wall in Barn to commemorate the occasion. 7th then closed down in 1978 (approximately).

16th Cape Town was started in 1936 by an Austrian scout in Chancery house Hatfield St then moved to the Homestead Barn in 1978/9. The 16th Cape Town (St.Mary's) Cub Pack was registered in 1945 run by M.E.Mansfield at the Catholic Institute 11 Hope St. Well known names associated with 7th Cape Town and 16th Cape Town in the early years were Norman Osbourne and Ed Rose. The current Group Scouter, Peter Foley, has been with 16th Cape Town, and now 9th/16th Cape Town for many years.

9th Cape Town Scouts registered to operate in the Congregational Church hall under H.M.Tucker in 1932, and the Cub pack in 1938 under Rene de Villiers Hawes. A 9th Cape Town Rover crew was started by Charles Boxall in 1946. 9th Cape Town moved premises twice then due to lack of adult scouters to run the Troop, merged with 16th Cape Town. 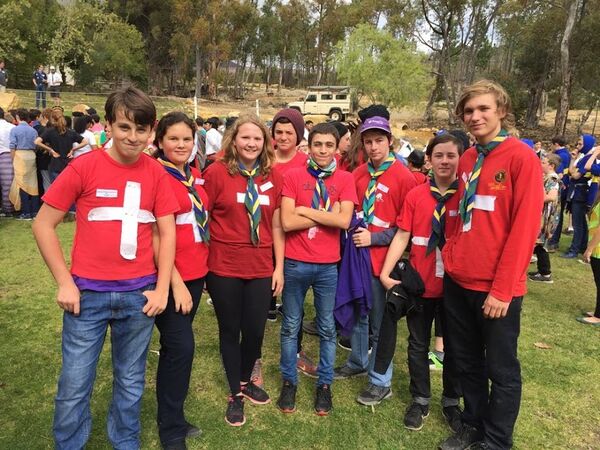 Retrieved from "http://en.scoutwiki.org/index.php?title=Groups:9th/16th_Cape_Town_Scout_Group&oldid=41527"
Categories:
Cookies help us deliver our services. By using our services, you agree to our use of cookies.