Greater Los Angeles Area Council is a local council (#033) of the Boy Scouts of America located in the states of Southern California.

The vote to merge was held on March 21, 2015. The new name for the Council, Greater Los Angeles Area Council, was announced on June 11, 2015. The new Council will continue with Scouting Service centers in Los Angeles and Pasadena. GLAAC has three Scout shops located in Los Angeles, San Pedro and Pasadena. Also in Pasadena is a local service center. GLAAC operates seven camps in the greater Los Angeles area. Due to the large size of the two original councils, the merger was a process that was completed over a time span, the merger was completed in 2017.

A charter was granted by the BSA National Headquarters dated April 1, 1919 to the Pasadena District Council. Tallman Trask was hired to be the first Scout Executive. Trask had been a District Executive for the Los Angeles Council. He had also served as Los Angeles' Camp Director. Prior to joining the BSA, Trask was an executive for the YMCA and had run several camps for them. By October 1, 1919, there were 15 active troops with 299 Scouts. The east part of the San Gabriel Valley Council came from the dissolved Old Baldy Council on May 1, 2006. 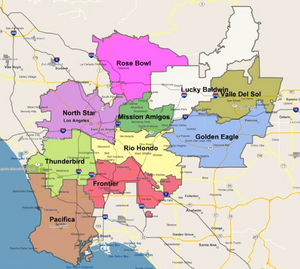 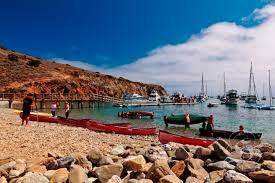 With the 2015 merger of the two councils, GLAAC now operates 7 scout camps.

Sea Scouts give service to others. The element of water makes Sea Scouts unique. Sea Scout units use a variety of boats, from outboard motorboats to large sailing yachts.

Retrieved from "http://en.scoutwiki.org/index.php?title=Greater_Los_Angeles_Area_Council&oldid=47056"
Categories:
Cookies help us deliver our services. By using our services, you agree to our use of cookies.