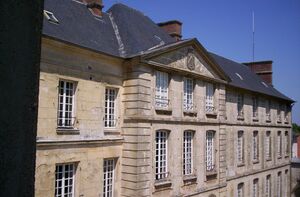 The Centre national de formation des Scouts et Guides de France (National Training Centre for Scouts and Guides of France) is located in the castle if Jambville in France. Each year, more than 2 000 people are formed. With 27 meeting rooms, 200 beds in rooms or dormitories and a dining hall with 400 seats, the center has the necessary infrastructure to accommodate many people.

The garden of the castle, built in the XIII century, covers nearly 52 hectares, half in meadow, half in the forest. Every two years, it hosts the meeting of the young christians of Île-de-France, the FRAT.

The castle of Jambville is buy in 1952 by the organization "Scouts de France" after the new owners of castle of Chamarande, the previous training center, decided to not ever lend the castle to the scouts.

This article is a stub. You can help ScoutWiki by expanding it.