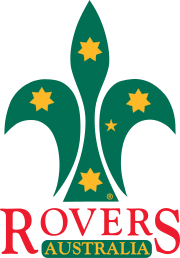 What is a Moot?

A Moot (Template:IPAEng) is a gathering of Rovers (sometimes called Rover Scouts). It was named by Robert Baden-Powell, the founder of the Scouting Movement in a letter to Percy Bantock Nevill who was charged with co-ordinating a gathering of Rovers at Royal Albert Hall, London in 1926. The word "Moot" is in fact an Old English word meaning assembly or gathering. The first World Rover Moot was held in 1931 at Kandersteg, Switzerland

Australian national Rover Moots are held every three years, typically lasting from 9 to 11 days each, and are run by each branch - on a rotating basis. Past Australian Rover Moots (including Moots that have also held status as Asia-Pacific Region Moots) include:

The 17th Australian Rover Moot, known as Aussiemoot, will be held from the 30th of December 2007 to the 12th of January 2008 at Cataract Scout Park in Sydney.

Aussiemoot will feature a 14 day long programme including a five day long Expedition period. This will give participants an opportunity to see parts of New South Wales. There will also be Onsite and Offsite activities and a service component.

The Aussiemoot Mascot is Duncan the Koala. Duncan is quite a calm customer, who is very coolly dressed, always wearing sunglasses, even at night time. Like most Koalas, he sleeps up to 23 hours of every day.

Retrieved from "http://en.scoutwiki.org/index.php?title=Australian_Rover_Moot&oldid=49799"
Categories:
Cookies help us deliver our services. By using our services, you agree to our use of cookies.