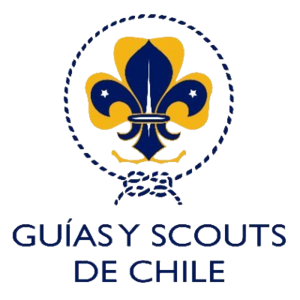 In 1909, the second Scout Association in the world was founded in Chile. It was inspired by the direct influence of Robert Baden-Powell who visited the country that same year. The founder of the Chilean Scouting movement was Alcibíades Vicencio. The Girl Guide Association of Chile was founded in 1935. After a long process, the two national associations, The Chilean Scout Association and The Catholic Scout Federation merged in 1978 to form the Asociación de Guías y Scouts de Chile. An important milestone in Chilean Scouting was to be host of the 19th World Scout Jamboree in 1998/1999.

Scouting in Chile has been a forerunner in social projects. The Asociación de Guías y Scouts de Chile have a center in the south, where they are involved in assisting poor children by providing meals, clothes and help with schooling. The ultimate goal of this project is to improve the conditions to the point where the children will be able to return home.

There is also a project in the poorer sections of Santiago. Several Scout groups have been formed for the very poor children, giving them a meal a day and helping them to learn Scouting skills that will lead them to improve their living conditions. Programs have been established for disabled children. Scouts help with disaster relief. After one earthquake, Scouts took charge of shelters caring for thousands of victims.

Other Scout organizations in Chile

Retrieved from "http://en.scoutwiki.org/index.php?title=Asociación_de_Guías_y_Scouts_de_Chile&oldid=49157"
Categories:
Cookies help us deliver our services. By using our services, you agree to our use of cookies.