The 23rd World Scout Jamboree (第23回世界スカウトジャンボリー, dai-nijūsan-kai sekai sukauto jamborii?) will take place at Kirara-hama, Yamaguchi, Japan in 2015. The theme will be 和 Wa: A Spirit of Unity. The kanji 和, meaning harmony, unity or togetherness, is also a part of the theme. Wa is also an early name for Japan.

Japan and Singapore both bid to host. 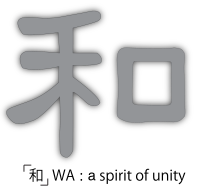 The Jamboree site is a flat land with an area of 2.8 km north to south by 1 km east to west. There is a natural park on the site, where wildlife living on Kirara-hama is preserved. Millions of wild birds visit Kirara-hama every year. In addition, the Jamboree site is equipped with water supply and sewage systems, as well as a sports dome and a swimming pool that can be used for programs. The holding of a Jamboree will create a minimum of environmental and economic burden. Access to the site is easy by high-speed transportation systems such as airplanes and Shinkansen bullet trains.

This article is a stub. You can help ScoutWiki by expanding it.
Retrieved from "http://en.scoutwiki.org/index.php?title=23rd_World_Scout_Jamboree&oldid=37830"
Categories:
Cookies help us deliver our services. By using our services, you agree to our use of cookies.